Home / Listings / Why Henry Is So Weird

Berwick based independent theatre company, Tideline Runners present Why Henry is so Weird.

Have you ever heard anyone say “If I knew then what I know now”? Well this is the life that young Henry Babbitt actually has. His imaginary friend is an older version of himself from the future.

It is 1989 and Henry is a lonely twelve year old boy: He lives with his mum and has an encyclopaedic knowledge of EVERY Godzilla film. At school he is a magnet for bullies and his life lurches from one anxiety-inducing situation to the next. That is until he wakes up one morning to find an older version of himself in his room.

But no-one else can see him: Is he real? Is he imaginary? One thing’s for certain, he has a lot to say about the way Henry is living his life. But young Henry isn’t the only one who needs help…

This charming family comedy-drama talks kindly about the importance of looking after your mental health, and the real-life magic that comes from simple kindness. From RJ Flynn, the writer of The Smallest Story Ever Told, Hidden in this Room and 2018’s hit musical Sam and Isla Forever, The Tideline Runners return for their brand new show that is set to be the feel-good family hit of the summer.

“Wonderfully witty, smart and delightful. There is real magic at work here.” Geoff Newton (C4) (The Words in the Wires) 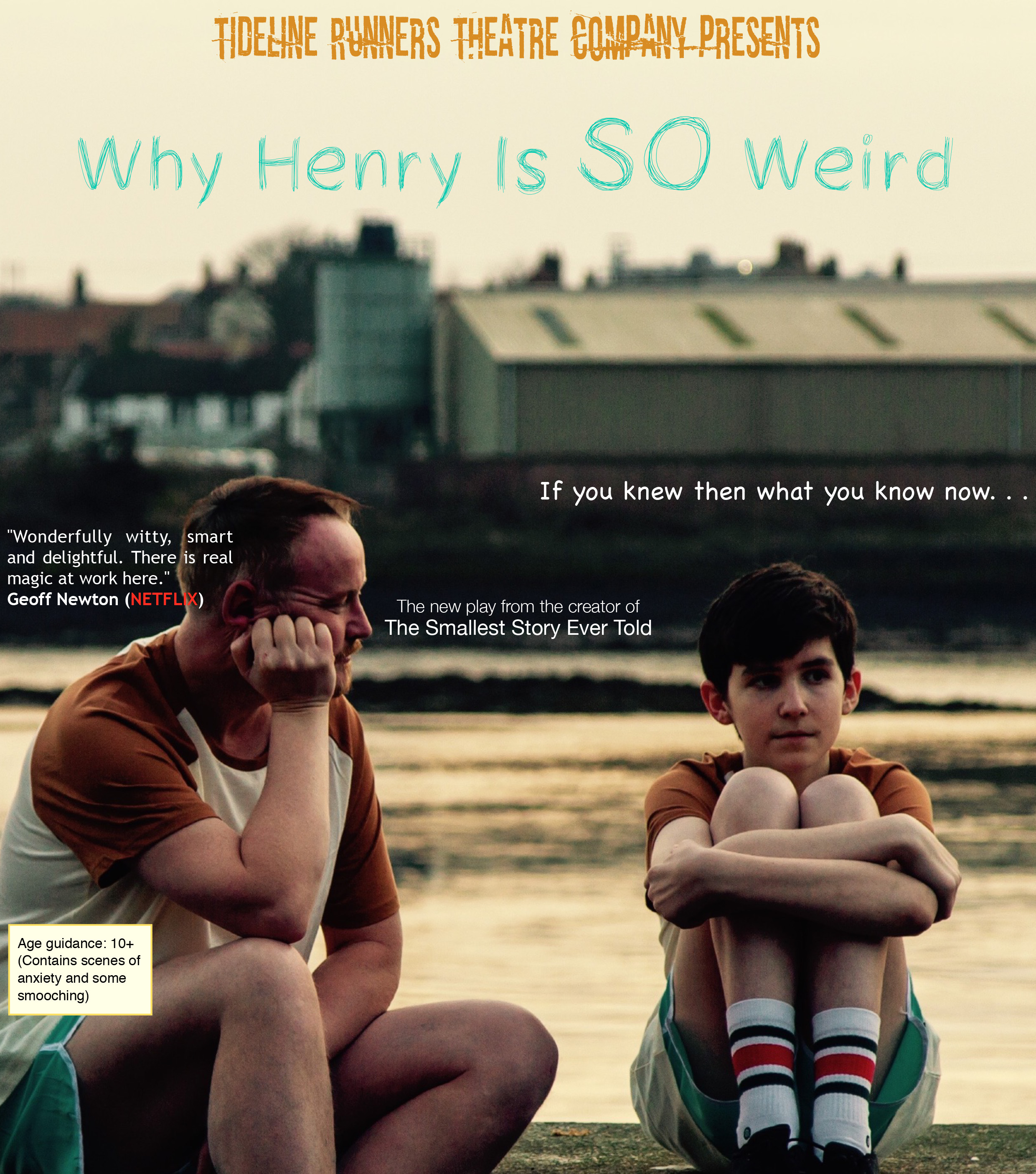